What Does America Actually do for California? 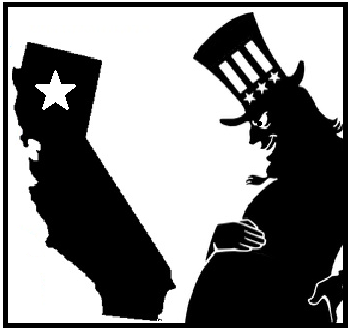 What Does America Actually do for California?

Name a benefit that Californians receive from being part of the USA that Californians don’t pay for anyway. I’ll wait. But I’d bet you can’t think of one. Let’s face it. The U.S.A. is a taker, not a maker. California is a donor state that pays in much more than it gets back, so really, anything you could say America does for California is just a paid service at best, and usually hardly a bargain. I mean, really. Do I even need to mention how slow and inefficient the federal government is?

It’s common knowledge that California gets shortchanged on federal spending at up to 70 cents on the dollar.

With this in mind, it’s not difficult to understand that when those old Confederacy Red States, that openly hate California, get up to $2.30 back for every dollar they contribute, Californians are getting stuck paying the check is it?
Please, don’t bother wasting time in the useless exercise of political party finger pointing and excuses. Fucking one group of people over to pay another is unfair, no matter how you justify it.

In modern “borrow and spend” America, both major political parties are at fault for out-of-control federal spending that feeds a crumbling global empire, props up the privilege of their donor class, and maintains the false illusion of a united greatness. All of this, in a global community that views America as a failing democracy.

This means that, despite California having the world’s fifth largest economy, Californians can’t escape the fact that although the U.S.A. is the wealthiest country in history, America can never do things like:

As Californians, we need to face the facts. All states are NOT created equal.

California has almost forty million people, with a much larger economy than Canada. Would Californians need help paying for government services any more than Canadians do?

If most U.S. states are subsidized by the federal government using California’s tax money, isn’t the best move for California to keep our tax dollars in California and govern ourselves?

Besides, if small rural states hate California’s politics, culture, and people as much as they say they do, why should Californians pay them for their efforts to undermine our values?

Worse still, as America’s deficits and debts climb higher and higher, the federal government will abandon more and more of its tax-driven responsibilities to the people of California to maintain this federal status quo.

A redistribution of prosperity that Californian’s are powerless to stop since California is locked in a federal system designed to rob them.

So, exactly what benefit is there for California to remain part of the United States of America?