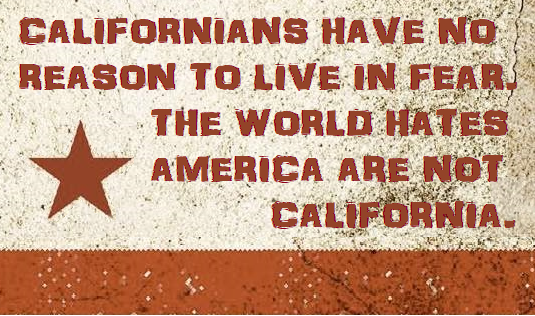 The short answer goes: California would spend 1% to 2% of our GDP on defense, like Canada or Mexico does. That’s instead of the 10%  America does now, but before I go into the numbers, I need to state the obvious differences for a moment.

Talking Point: “Californians have no reason to live in fear. The world hates America, not California!”

And, unlike the USA, California could also negotiate prices and shop globally on state-of-the-art military hardware, like most other nations do, that state of the art part is pretty likely too.

As far as military spending costs go, at 1% to 2% of GDP, depending on what Californian’s vote for as necessary, California would be spending between about $25 to $50 billion annually on our California Defense Forces.

That’s around $25 billion dollars at 1% of California’s GDP. Compared to Canada or Mexico’s $7 to $10 billion, even a small California military would be stronger than both of them combined.

If Californians choose to fund the California military at 2% of GDP, or around $50 billion, that would put California’s Defense Force at the same basic spending levels as England, Japan, Germany, and Russia, all of which are considered global powers.

The good news here, is that either way, this would still be a big tax savings for Californians.

Geographically speaking, California is nowhere near any global hotspots. The United States, Mexico, and Canada will be our nearest international neighbors, and we’re all likely to remain trading partners.

And, with Asian and Latin American goods coming through California’s ports and California goods sold worldwide, economic interests are more likely to be the international focus for California than military concerns. With that in mind, nobody denies that building a California defense force will not be a big job. But, maybe not as difficult as many people may think.

There are obvious moves to make the job of creating a California military easier. Currently, 13% of US military personnel are Californians. When California declares its independence, they will find themselves serving in a foreign military.

Californians who are currently or have recently served in the US military will be an instrumental part of successfully getting our military system off the ground, and we should treat them that way.

For California, the simple truth is that if any reasonable number of these US military service members and veterans accept this transfer it would obviously help in rapidly forming a core of experienced California military personnel in a very short period of time.

California has a number of active US military bases that the US will likely want to maintain through negotiated treaty just like they do in other countries all around the world. This is something for us to negotiate with the United States once we have achieved our independence. These military bases could go a long way toward our national safety and help us avoid attacks from other countries. California also has a few major decommissioned US military bases that could be re-tasked for California’s new defense forces.

California is also the home of several defense-related companies like Northrop Grumman, Raytheon, and Lockheed Martin who could become defense contractors for the California military. Add this to the major computer companies in Silicon Valley, and we have most of what it will take to build a formidable defense network.

California’s current military spending burden, as part of the United States, is HUGE. California Taxpayers on the hook for $60 to $120 billion dollars per year to pay for their share of America’s out of control military budget. That’s a lot of money, especially considering how many of California’s problems could be solved by just a fraction of that money.

Once California secedes from the United States and becomes its own country, we can cut the amount we spend on the military by a huge amount. We can then use that money to help Californians. We can ensure that everyone has a place to live, has enough to eat, and has access to good medical care. We can use some of that money to solve our water problems, build a state-wide high speed rail system, or switch to renewable energy statewide. The possibilities seem to be endless.

But the best part of untangling ourselves from the monsterous United States military complex is that no more Californians will die in foreign lands halfway around the world, or kill people who are no threat to California, just for the sake of imperial power, political ideology, or corporate profit.

Does California Independence need any better argument than that? I didn’t think so.

This blog post is the transcript of athe Talking Points segment that originally aired on the Red Star Report YouTube channel on 6-25-2021. It can be found at timestamp 23:13.