Look, It’s not a secret. I am an honest California secessionist. I have argued for years now that California would be much better off as its own separate, free, and independent country. I know that being part of the U.S. is detrimental to the land and people of California. I have the charts, graphs, and well-reviewed articles written by really smart people to back it up too.

I am right about this.

I truly believe that America and California are socially, culturally, and politically diverging to the point where California Values and American Values are now incompatible. I’m watching in horror as the circus that passes for the U.S. Federal Government these days justifies my suspicions that the America that I grew up in is gone.  Their actions give me absolutely no confidence that there’s any way anything in America can ever really be fixed.

I’m not alone in this.

So, talking about this, I can understand where the MAGAmuricuns will see my desire for free speech and self-determination as simply unpatriotic in their “America First” world view, even if it mirrors the sentiments written in the Declaration of Independence.  Before anyone gets all self-righteous and calls me a traitor as I seek independence for California, I have a message for them. 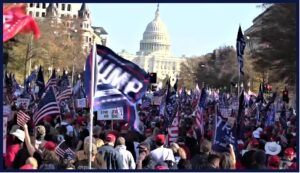 Conservatives have been co-opting patriotism since 9/11.  During the “W” administration they purposely made it un-American, and in places even illegal, to question, oppose, or disagree with Republican federal policy. Then later, while Obama Democrats cringingly looked on, the Tea Party re-branded everything American, from the US flag to the tricorn hat, into wholly owned symbols of the political extreme right. Symbols were proudly redefined and carried as Trump unashamedly called Californians and Democrats “Enemies of America” at his rallies. Flags and banners were flown, and even defaced with “thin blue lines”, as wildfires were allowed to burn through California, as immigrant children were stuffed into concentration camps, as the LGBTQ community lost hard-won rights, as Covid-19 raged while being called a hoax, and as militarized police forces tried to brutally beat down the anti-police brutality demonstrations of Black Lives Matter. All while American flag festooned gangs of patriotic U.S. fascist thugs violently attacked and screamed “Commie” and “Libtard” at anyone that dared to oppose the Nazification of America. So it should come as no surprise that people who oppose hard-right policies no longer carry the American flag or proudly wear the red, white, and blue. 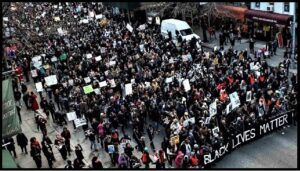 If you look at pictures or videos of any BLM march, you will notice they don’t really carry U.S. flags.  Why would they? America and its symbols are the tokens of opposition and oppression now. They have been irretrievably stolen from Californians, Democrats, minorities, and anyone else who does not fit the white nationalist, political right-wing “Take our Country Back” paradigm.

So, if conservatives have co-opted America’s national symbols into nothing more than factional icons, isn’t accusing people of not loving this new version of Americana nothing more than gaslighting justification for demonizing political opposition? Really! You can’t co-opt patriotism then call people traitors when they reject the formerly patriotic symbols.

For me, I’m a California Secessionist and I consider myself a California patriot. I’m loyal to both my California homeland and its people. When all is said and done, I don’t really care what the loyal zealots of a collapsing U.S. empire think.  Whenever one of these MAGAmuricuns calls me a traitor all I really have to say is…

How can I be considered disloyal to a stolen flag representing half a nation that considers Californians it’s enemy anyway?