Florida Gov. Ron DeSantis on Monday, May 24th signed a law to give Florida the power to penalize California social media companies for “deplatforming” policies designed to reduce violent & racist internet political content.
Note: Red Star Report is still here!
Conservative legislators across America have introduced lots of laws targeting media platform moderation practices, but this is the first of its kind in the nation signed into state law. It may be a model for other red states with an axe to grind against California to follow, even though the law violates the First Amendment.
According to DeSantis, California’s “Silicon Valley elites” at companies like Facebook and Twitter are trying
“to silence, intimidate and wipe out dissenting voices.” Really? … STFU!
In practical terms, the new Florida state law tries to tell California tech giants that “If conservative political candidates publish violent or racist content that violate company rules, they’ll be fined up to $250,000 a day if they cancel their accounts.” Because Florida….? BTW Florida Republican legislators included an exception in the law for… Disney.
Talking Point:
No shirt, no shoes, no service… We’ve heard this shit before?…
Corporations, Companies, and businesses, are under no legal obligation to provide services to people who willingly violate stated company policies…
You’re Florida, go ask a gay couple about Christian bakeries and wedding cakes if you need a reference… 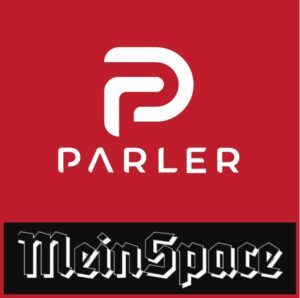 That being said, how does Florida man plan to enforce this new oh so scary law if California Tech Giants with their armies of lawyers and whose net worth pretty much outstrips Florida’s entire GDP decide to ignore it?… When California “Democratic, Libertarian, and industry representative groups agree this Conservative, Butt hurt, is just a Florida scheme to violate the First Amendment rights of California Companies to decide how to handle the content on their own platforms.
Lawsuits crushing this DeSantis waste of time are inevitable, and the policy is likely to lose in the courts.
Speaking as a proud Californian… We reserve the right to refuse service to anyone…
Why do Conservatives always seem to think that the rules apply to everyone but them?
Florida legislators have zero right to tell Californians or their Companies what to do… Ever.
Florida Fascists don’t like it… Parler is still a thing.